Singer and actress Jennifer Lopez’s social media handles have suddenly gone dark. Her display picture and cover photos on Instagram, Facebook, and Twitter are now just black images. The reason behind this is not clear yet. It may be to promote one cause or another. As per the trade magazine Deadline, the representatives of JLo did not respond, but sources told the publication that a new project may be in the works and we should get the announcement in the coming days.

JLo’s fans also tried to predict the reason behind the blacking out. One wrote, “New album is coming! Cant wait.”

Another, a bit less enthusiastically, wrote, “She may have new music or something on the way. That is what that means sometimes.” 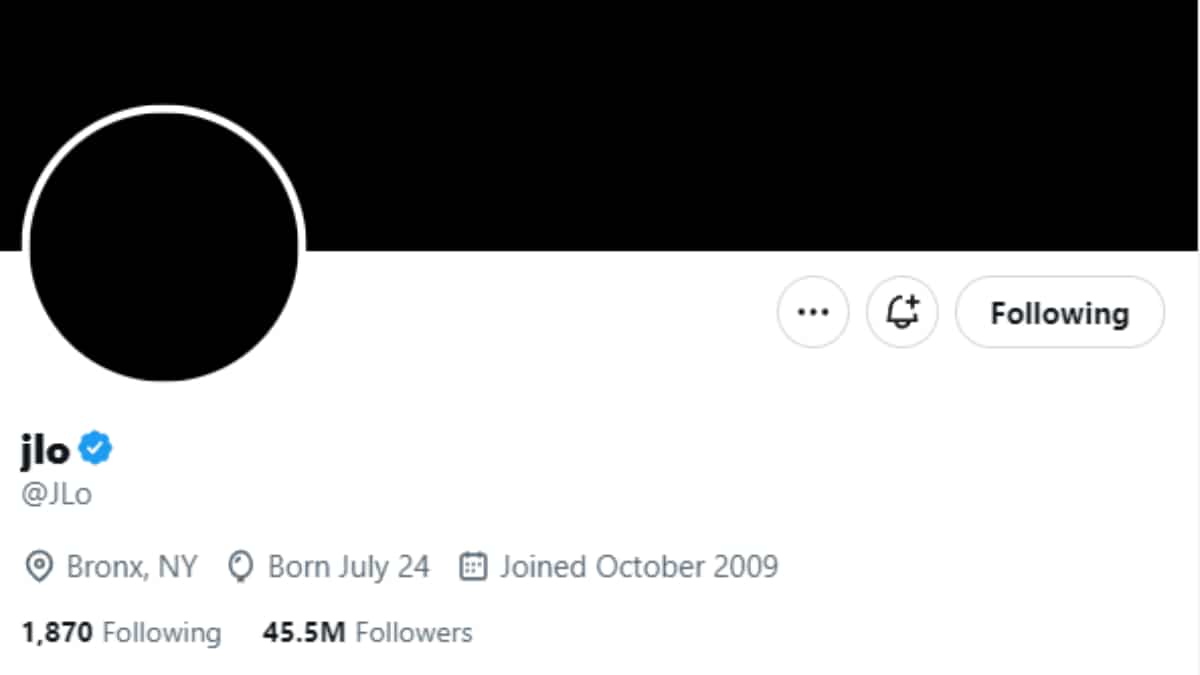 Lopez will next be seen in Niki Caro’s action drama ‘The Mother’. The project, scripted by Misha Green, Andrea Berloff and Peter Craig, follows an ex-assassin (Lopez) as she flees her assailant to protect her daughter.

Lopez married her beau Ben Affleck earlier this year. Ben and Jennifer, collectively called Bennifer, had rekindled their old and lost romance, which led to Ben proposing to Jennifer. They had originally been in a relationship in early 2000s. The relationship garnered a lot of buzz, though it lasted only for two years from 2002 to 2004.

Lopez and Affleck reportedly agreed on a clause as per which Ben will have to pay Jennifer $5 million if he cheats — and vice versa. A report in Spanish publication Marca said that Lopez is not fond of Ben’s sudden mood changes. She is also fearful that her husband will get bored of her and leave her.

Lopez has been married three times before Affleck — to Ojani Noa, Cris Judd, and Marc Anthony. The ‘Batman v Superman’ star, on the other hand, was earlier married to Jennifer Garner from 2005 to 2008.