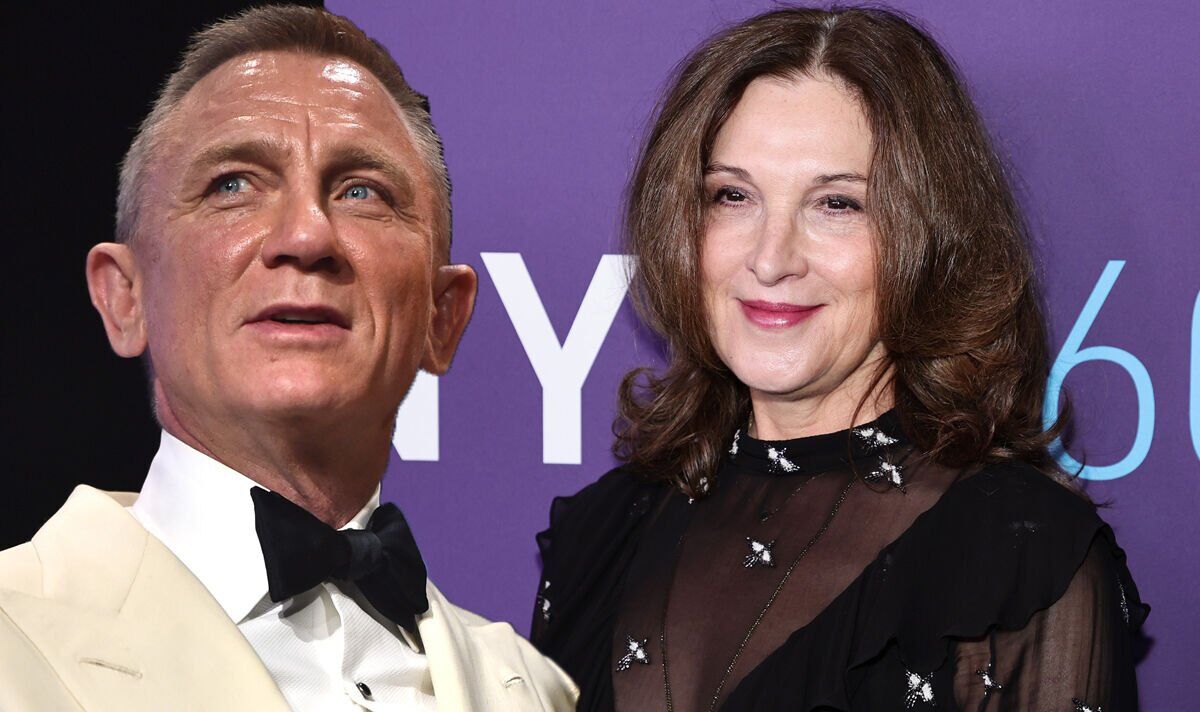 The James Bond bosses are hard at work in looking for a new actor to take over as 007 after Daniel Craig stepped down last year. But the franchise leads, Michael G Wilson and Barbara Broccoli, are also looking for a new artist to take over the Bond song for the next movie. The most recent film, No Time To Die, employed Billie Eilish to release a song of the same name – a track that won her an Oscar for Best Original Song. Getting pop stars on board has not always been an easy task, however.

Broccoli recently opened up about looking for an artist to write a song for Daniel Craig’s second 007 movie: Quantum of Solace. After searching high and low, they eventually settled on working with the incredible British star Amy Winehouse.

However, Broccoli has now revealed that her meeting with the Back To Black singer did not go according to plan.

She said: “Well, that was a very very distressing meeting. She was not at her best and my heart really went out to her. She was very fragile emotionally and, you know, you understood how she could create such moving material because she has a great depth of feeling and it was very very tragic.”

Winehouse had a history of alcoholism and substance abuse, so Broccoli’s comments may have been referring to the struggle she endured in her final years of life.

Winehouse’s issues were revealed further in the lyrics of her 2006 song Rehab, where she uttered the lyrics: “They tried to make me go to Rehab / But I said no, no, no.”

Reports at the time claimed that the Bond company, EON, dropped Winehouse because of her “hard drug use”.

A source said in 2008: “A month ago Amy was thought to be a shoo-in for the theme tune to Bond 22. Her voice and musical style was in perfect sync with what Bond is all about. There was even talk of her having a cameo by performing the theme tune in a smoky club Bond visits – but that’s out of the window now.” (Via Express)

The source added: “After all the reports of hard drug use, self-injury and domestic violence, it’s fair to say the bosses here just aren’t keen on the idea.”

Americans Jack White and Alicia Keys released Another Way To Die in 2008 at Quantum of Solace’s theme track. It received positive reviews, but did not become as iconic as the songs featured in later Craig Bond movies.

Adele released Skyfall for the film of the same name and won an Oscar for Best Original Song for her performance on the track.

Similarly, Sam Smith released Writing’s On The Wall for Spectre and also won an Academy Award for Best Original Song.

Broccoli looked back on the three Oscar-winning songs, saying: “It’s really pleasing to us. It was so great when Adele won, and then Sam Smith, and then Billie and [her brother and producer] Finneas – so we couldn’t be more pleased, really. It’s been a fantastic time at the Oscars for our music.”

Wilson has also recently spoken out candidly about the future of the 007 franchise. He opened up about the changes that may be arriving in the series now Craig has stepped down as the iconic spy.

In recent months, rumours surfaced suggesting the new 007 will be drastically different in some way – whether it was heritage, skin colour, background, or age.

However, he noted the new Bond actor will be a “30-something star”. He went on: “We’ve tried looking at younger people in the past but trying to visualise it doesn’t work. Remember, Bond’s already a veteran. He’s had some experience – he’s a person who has been through the wars, so to speak. He’s probably been in the SAS or something. He isn’t some kid out of high school that you can bring in and start off.”