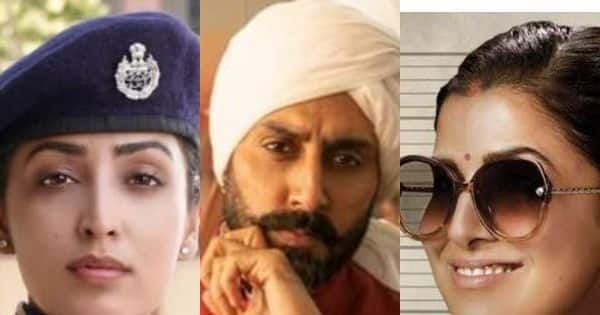 Dasvi, starring Abhishek Bachchan, Yami Gautam and Nimrat Kaur, and directed by Tushar Jalota, revolves around the concept of an incarcerated Chief Minister, played by Abhishek, attempting to clear his tenth standard board exams, a long-cherished dream that’s ignited due to unexpected circumstances and new characters entering his life in unpredictable fashion. The Dasvi trailer has just dropped and while a major sub-plot in the movie looks clearly inspired from the web series, Maharani, not to mention the trailer being unable to create much of an impact in terms of both plot and flow, it has to be mentioned that Abhishek Bachchan, Yami Gautam and Nimrat Kaur look to have absolutely nailed their Haryanvi character to the T. Jointly produced by Jio Studios and Dinesh Vijan‘s Maddock Films, Dasvi will release simultaneously on Jio Cinema and Netflix on 7th April. Also Read – Bridgerton Season 2: Cast, Plot, Release date and all that you need to know