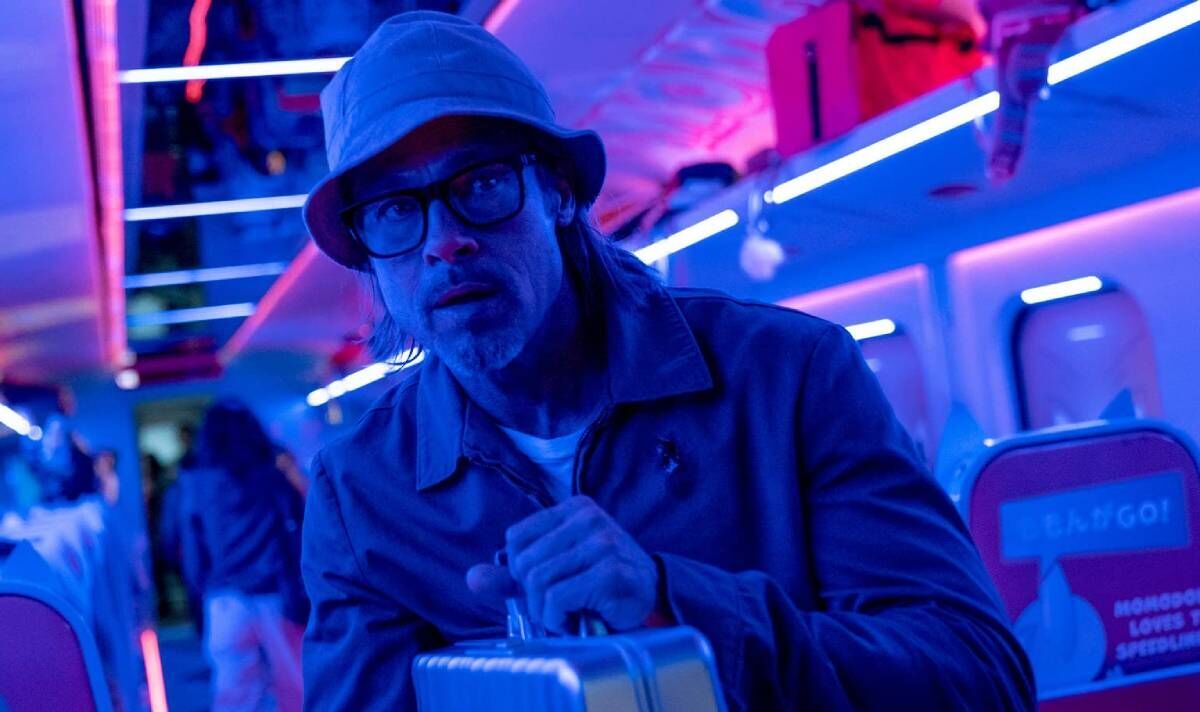 Directed by David Leitch (Deadpool 2), it boasts cartoon violence, sudden flashbacks and wacky titles that introduce achingly quirky assassins. Brad Pitt has worked with Quentin Tarantino and Guy Ritchie, so should have recognised Leitch as a clumsy imitator of both.

He plays Ladybug, a goofy hitman who wears a bucket hat and geeky glasses, and talks like the back cover of a self-help book.

After a series of mishaps, he’s been persuaded back to work by his handler (Sandra Bullock) to collect a cash-stuffed briefcase from a high-speed train travelling from Tokyo
to Kyoto.

But he doesn’t know that the case is currently in the possession of chatty cockney killers Tangerine (Aaron Taylor-Johnson) and Lemon (Brian Tyree Henry) who have just rescued the son of a ­notorious crime lord, White Death (Michael Shannon), from a kidnapping.

While Ladybug is obsessed with self-improvement, Tangerine has a thing for Thomas The Tank Engine – two zany quirks that quickly run out of steam.

Another wacky Brit is also after the case.

Joey King plays a psycho schoolgirl who can cry on demand. Other passengers include Mexican drug lord The Wolf (Benito A Martinez Ocasio) and a poisoner called Hornet (Zazie Beetz).

The action scenes are diverting but forgettable. The second-class banter is the bigger problem. After two hours with this shower, you’ll be ready to disembark.