Skip to content
HomeEntertainment‘BoycottRRRinKarnataka’ trends as fans are upset over Ram Charan, Jr NTR and Alia Bhatt starrer – here’s why 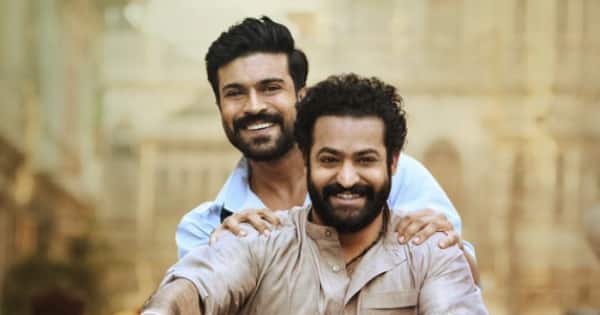 SS Rajamouli’s film RRR starring Ram Charan, Jr NTR, Alia Bhatt and others is just a couple of days away from the release. The Telugu film is said to be releasing in multiple languages including Kannada, Hindi, Tamil, Malayalam. However, the film has courted controversy of a kind. ‘BoycottRRRinKarnataka’ is trending on Twitter. It seems there’s no Kannada film ticket available for booking. Upset fans have taken to Twitter and called for a boycott of Rajamouli’s film starring Ram, Taarak and Alia. Also Read – Here’s how much the star cast of RRR charged for their roles, Junior NTR’s fees will leave you speechless – Watch

It seems the bookings for RRR in the Kannada language is not available. And hence, furious fans have taken to their social media handle and expressed their anger. One of the tweets said that some of the previous films such as Allu Arjun and Rashmika Mandanna starrer Pushpa and Prabhas and Pooja Hegde starrer Radhe Shyam also did the same. Fans think of this as an insult and have called for a boycott. Check out the tweets below: Also Read – Brahmastra: Ranbir Kapoor and Alia Bhatt shoot at Varanasi Ghat for the film’s last schedule – VIEW LEAKED PICS

1. They want to see #RRRMovie in Kannada.

2. They are requesting to release Kannada version.

3. Kannada people love @RRRMovie
And want to see in Kannada.

4. Nothing against Rajmouli or any

#BoycottRRRinKarnataka
Kannada version of #RRR releasing in many overseas countries and if the films Kannada version not getting shows in Karnataka, whom to blame? For sure not the director or producer! https://t.co/E0Zh08OHaT

Two lead actors learnt kannada to dub their own voice. this is what you show to them? This is the fault of @KvnProductions not RRR just wait every thing will sort out. Don’t do this to people who are nice to you all time.#BoycottRRRinKarnataka #RRRMovie #RRRMovieOnMarch25th pic.twitter.com/aSUMSVjjTG

Not releasing in kannada version in karnataka…. They underestimate kannadigas… So #BoycottRRRinKarnataka

We support when you respect Kannada and Karnataka. You want Karnataka to promote your movie but you don’t want your movie released in Kannada ?@ssrajamouli #BoycottRRRinKarnataka

KGF 2 will also release in Telugu states. Keep that in mind and do this shit

Go and ask the KN distributor why he is not releasing, don’t blame Rajamouli and Cast

Telugu people are very nice to you guys
#BoycottRRRinKarnataka

So r these kannada shows for aliens in uk? ,most of immigrants to uk r from ka urban who like to watch in kannada overseas then common ka PPL wish is also kannada version,only few ka-ap-tel border areas prefer telegu #BoycottRRRinKarnataka @ssrajamouli @KvnProductions @RRRMovie https://t.co/8dZ1VwHPVz pic.twitter.com/Lqk1V2Um54

Talking about RRR, this is the first film of SS Rajamouli after Baahubali: The Conclusion. The film has a huge excitement in the country. The promotions of RRR have been taking place across the country. Recently, the trio – Taarak, Ram and Rajamouli visited the Golden Temple in Amritsar and sought blessings ahead of their release. The film has super expectations. Also Read – Trending pics of the day: Celina Jaitly’s awkward pose with Priyanka Chopra, Kylie Jenner’s baby bump and more

Recently, the film is said to be made on a budget of Rs 336 crores. And this does not include the salaries of the cast and crew.