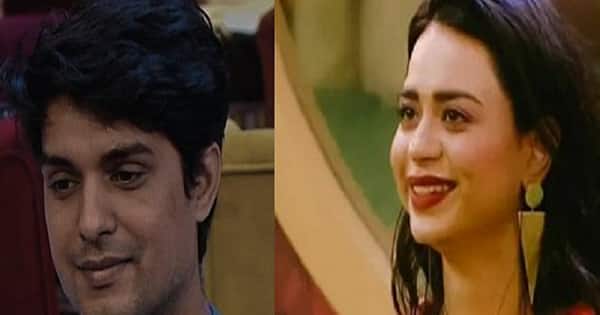 Bigg Boss 16: This weekend Ka Vaar there will be no eviction, earlier there were reports that Soundarya Sharma has been evicted from the house, but now the latest buzz is that there will be NO eviction but there will be a wild card entry in the house and the viewers have already witnessed that in Fahmaan Khan. Ever since Fahmaan made an entry into the house Sumaan has been trending on Twitter. And so the makers have decided to not do any elimination but the twist here is that there will be a double eviction next week and no prize for guessing Ankit Gupta and Soundarya Sharma is on the radar. Also Read – Bigg Boss 16 TRPs: Archana Gautam, Abdu Rozik, MC Stan and others who are the showrunners this season

As per reports there Soundarya Sharma might get evicted next week as this week too she got fewer votes compared to other contestants in the house including Ankit Gupta. While the viewers are very upset with the news of Soundarya going out of the house and they feel that its Ankit who should leave as he is doing nothing Soundarya is still making efforts to be in the house as they are loving the bond between Soundarya and Archana Gautam. Also Read – Bigg Boss 16 Nomination Special: Ankit Gupta, Sumbul Touqeer and others get in the line of fire [Watch]

There is NO ELIMINATION this week

” NO ELIMINATION ” this week in #BiggBoss16#BB16WithBiggBoss_Tak

Now it will be interesting to see if Ankit or Soundarya will leave the house. Like always Ankit has maintained his calm and he is playing of his own, while Soundarya is shining as many thought she will be nothing without Gautam Vig but proved them wrong. Soundarya and Archana’s bonding has been loved by fans. Also Read – Bigg Boss 16: Urvashi Dholakia slams makers for being biased towards Abdu Rozik and Sumbul Touqeer