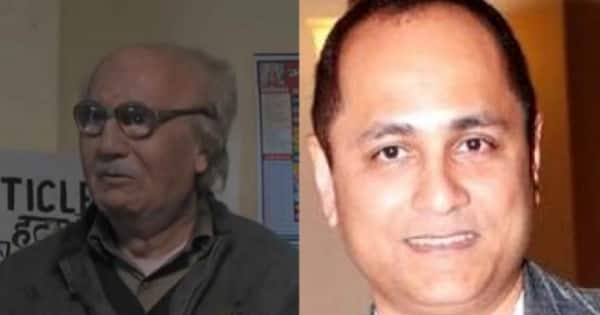 Anupam Kher, Mithun Chakraborty and Darshan Kumaar starrer The Kashmir Files is winning hearts and how! Vivek Agnihotri‘s film has made a business of about Rs 190 crores. The Kashmir Files is based on true events and talks about the exodus of the Kashmiri Pandits. And now, filmmaker Vipul Shah has announced a film called The Kerala Story which is also based on true events. It narrates the stories of girls who went missing from Kerala and never returned home. A teaser was dropped recently and the announcement itself will send shivers down your spine. Also Read – The Kashmir Files maker Vivek Agnihotri hits back at IAS officer who asked him to donate film’s earnings for welfare of Kashmiri Pandits

The Kerala Story is about the human trafficking of girls. Talking about the announcement teaser, it begins with a clock ticking past midnight. We are then posed with a question, “If your daughter does not return home till mid-night, how would you feel?” Then it presents a horrifying fact. In the last 12 years, thousands of girls went missing and never came back. We also hear parents crying in anguish over their missing daughters in the background. A clip of former Kerala CM, VS Achuthanandan, is played in which he talks about how the Popular Front is trying to turn Kerala into a Muslim state. Also Read – The Kashmir Files: Prakash Raj faces angst on social media after calling Vivek Agnihotri’s movie a ‘propaganda film’

The Kerala Story teaser states that thousands of girls were trafficked to ISIS and other Islamic war zones in the last 10 years. The Kerala Story is based on the true stories of 32,000 girls and counting. Check out the teaser below: Also Read – The Kashmir Files Box Office Day 12: Anupam Kher’s film witnesses gradual dip in numbers on second Tuesday; Bachchhan Paandey stays steady

The Kerala Story is produced by Sunshine pictures and produced by Vipul Shah and Aashin A Shah. Sudipto Sen will be handling the direction of the film. Coming back to The Kashmir Files, the movie is inching closer to Rs 200 crores. The success of The Kashmir Files has been a welcoming change. The film has met with praises and criticisms alike. A lot of people have called it a propaganda film.